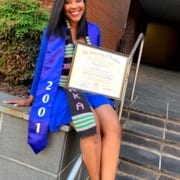 It’s graduation season, and many students are graduating against the odds.

Financial challenges, lack of support, illnesses, competing priorities, too many responsibilities and so many other obstacles keep many people from completing college.

But so many did it in spite of the odds. Many overcame tremendous obstacles, self-doubt, and doubt from others…but you did it!

So congratulations to every single graduate of the class of 2021!  I’m SOOOOOOOOOOOO proud of you and happy for you!

Graduating Against the Odds

I have to admit that today is emotional for me.

On this day 20 years ago, May 4, 2001, I did something that just four years earlier many doubted that I could do.

At times, I even doubted myself.

Because I was a teen mom. Like for many teen moms, I was looked down on and counted out.

Many statistics show that only one-third of teen mothers graduate from high school. And only 3% graduate from college by the age of 30. 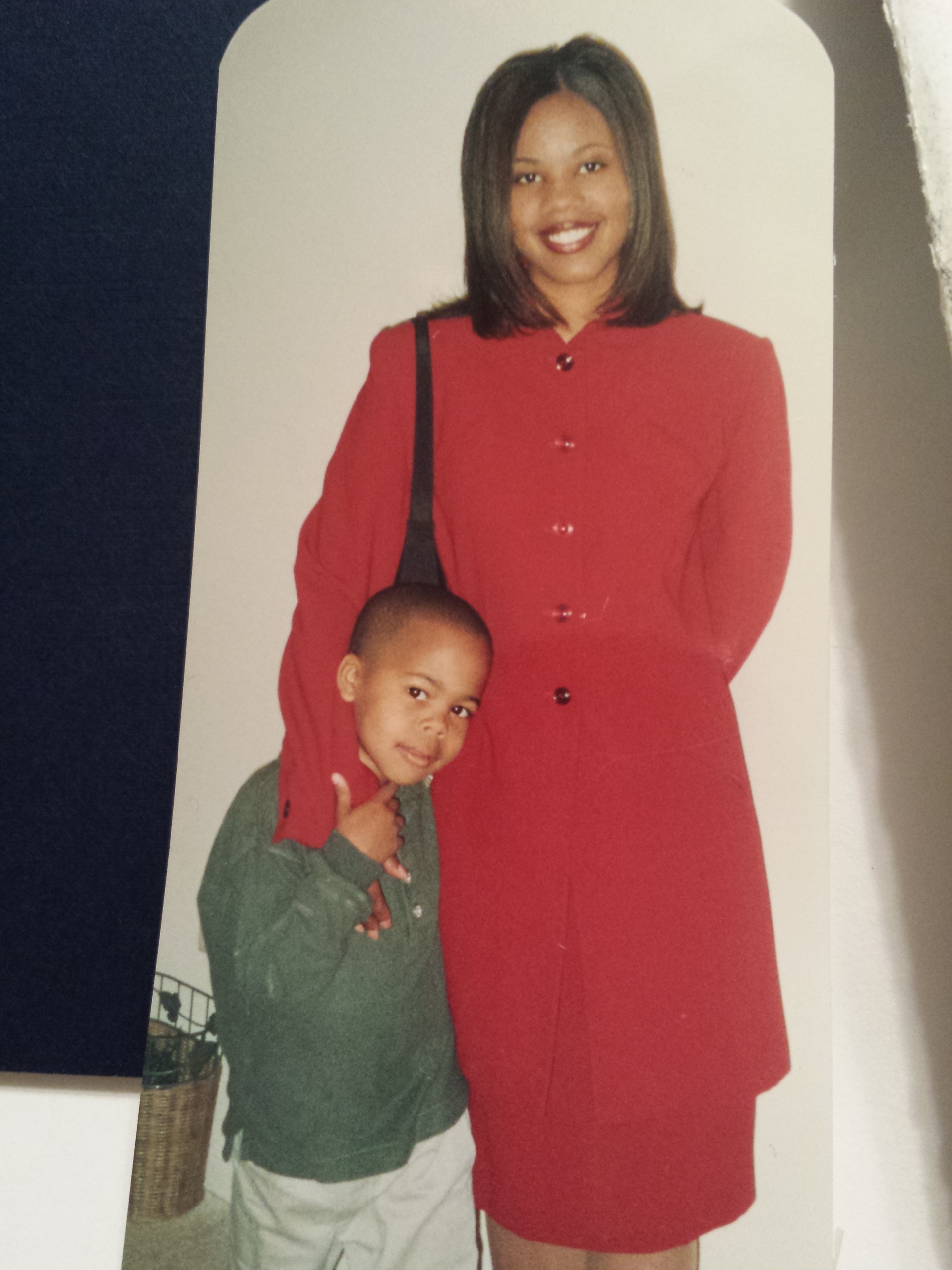 Yet here I was graduating…in 4 years at the of 21. With my son by my side.

I thank God for blessing and equipping me to do it! 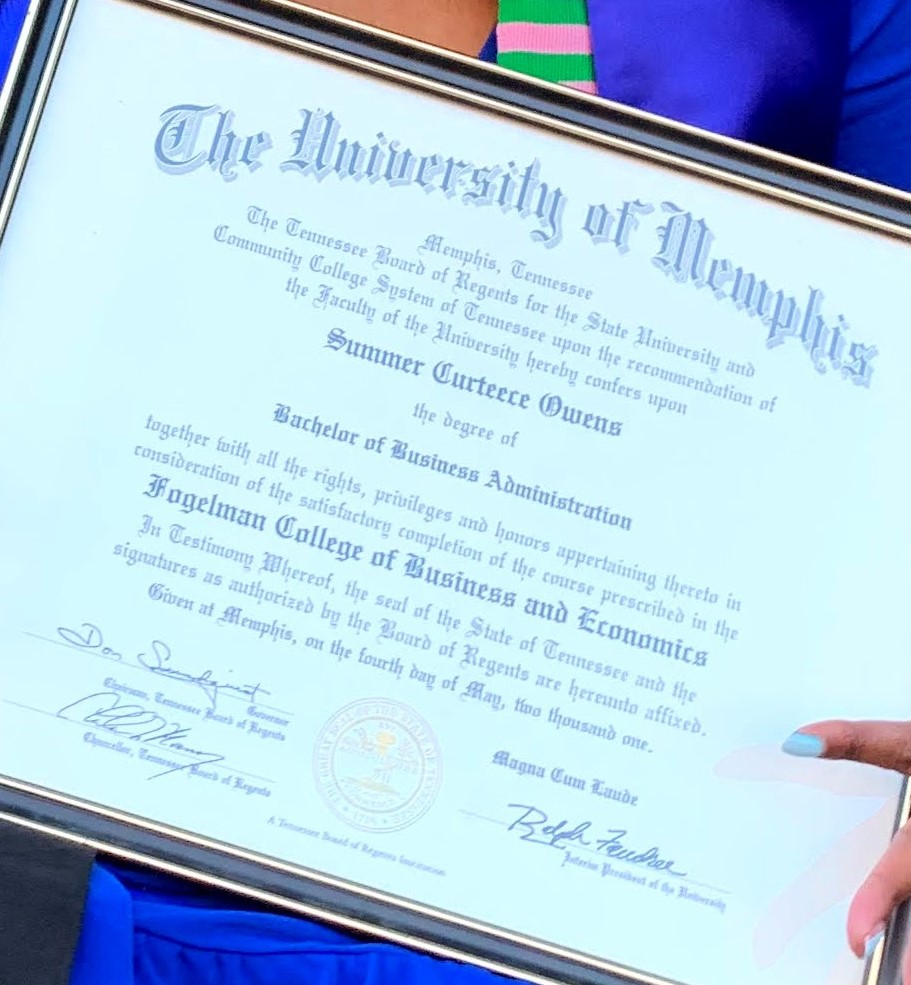 But I didn’t just graduate against the odds. I did so much more.

Looking back, at first I think my accomplishments were to prove to others that I, a teen mom, could make it.

But very quickly it was to prove to myself that not could I, a teen mom, could make it. But I could excel and inspire others.

So here’s my journey to graduating against the odds, 10 of my college-related experiences in the 20 years since, and 10 ideas on how you can graduate (or accomplish anything) too. I hope this will help and inspire you to achieve more in spite of your challenges too.

I attended the University of Memphis on the Emerging Leaders Scholarship which “encouraged” me to get involved in different organizations. Although I would have done it anyway, we had to join organizations and work our way up to leadership positions. In my freshman year, I joined several organizations including one that has been a beautiful, life-long commitment and blessing- Alpha Kappa Alpha Sorority, Inc. Through my sorority, and each organization, I learned more about myself, got connected to life-long friends, and took advantage of the opportunity to practice what I was learning for my major which was marketing. In addition, getting involved helped to stay busy and enjoy college more.

Tip: Jump in and get involved. Whether at school or at work, join organizations or committees and do more than you’re asked to do it. Make new friends and connections and give back. 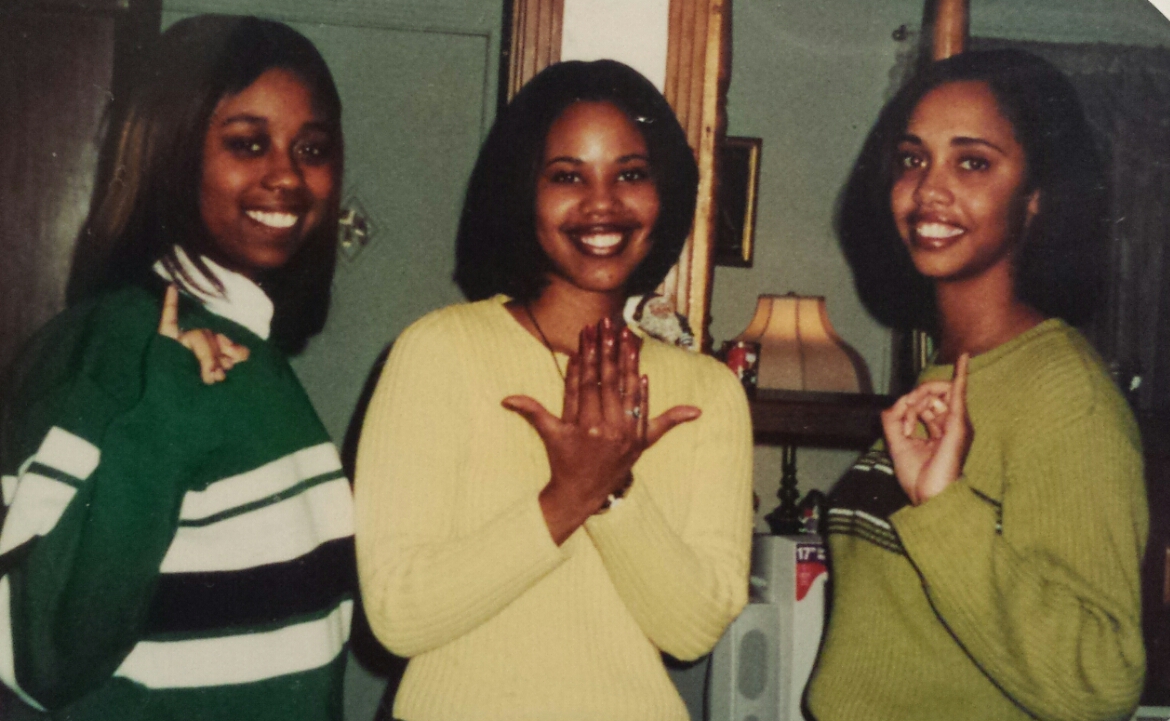 Me with my two besties turned line sisters who left our hometown to attend the University of Memphis.

2. I was named Ms. University of Memphis

Tip: Believe in yourself. To my knowledge, no other teen mother had been a Ms. UofM finalist, and only a couple of black students had ever received the honor. I didn’t know the title existed, but when I learned in my senior year I believed I could achieve it. 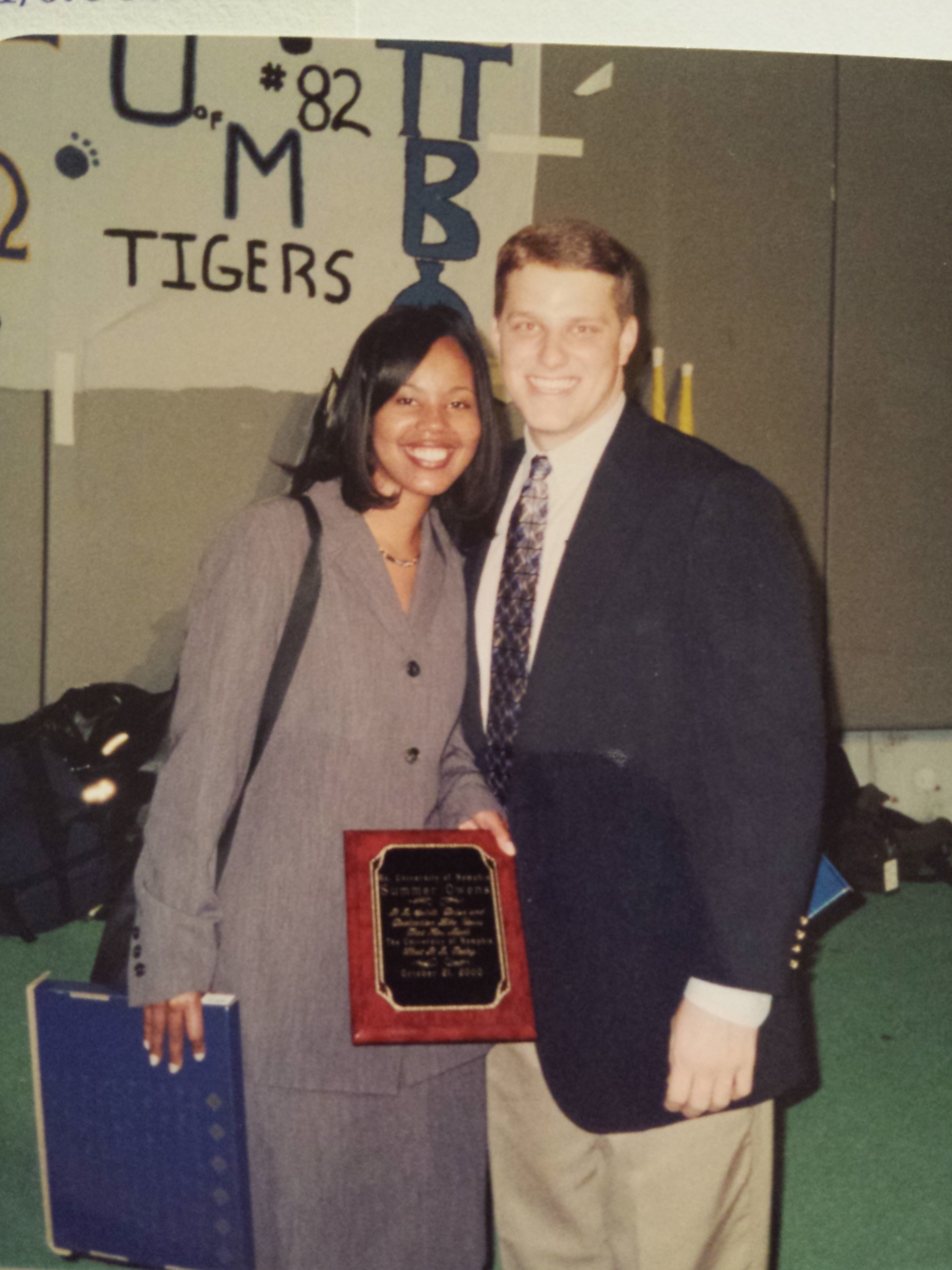 Me and Greg Caesar on the football field after being named Mr. and Ms. University of Memphis in October 2000. 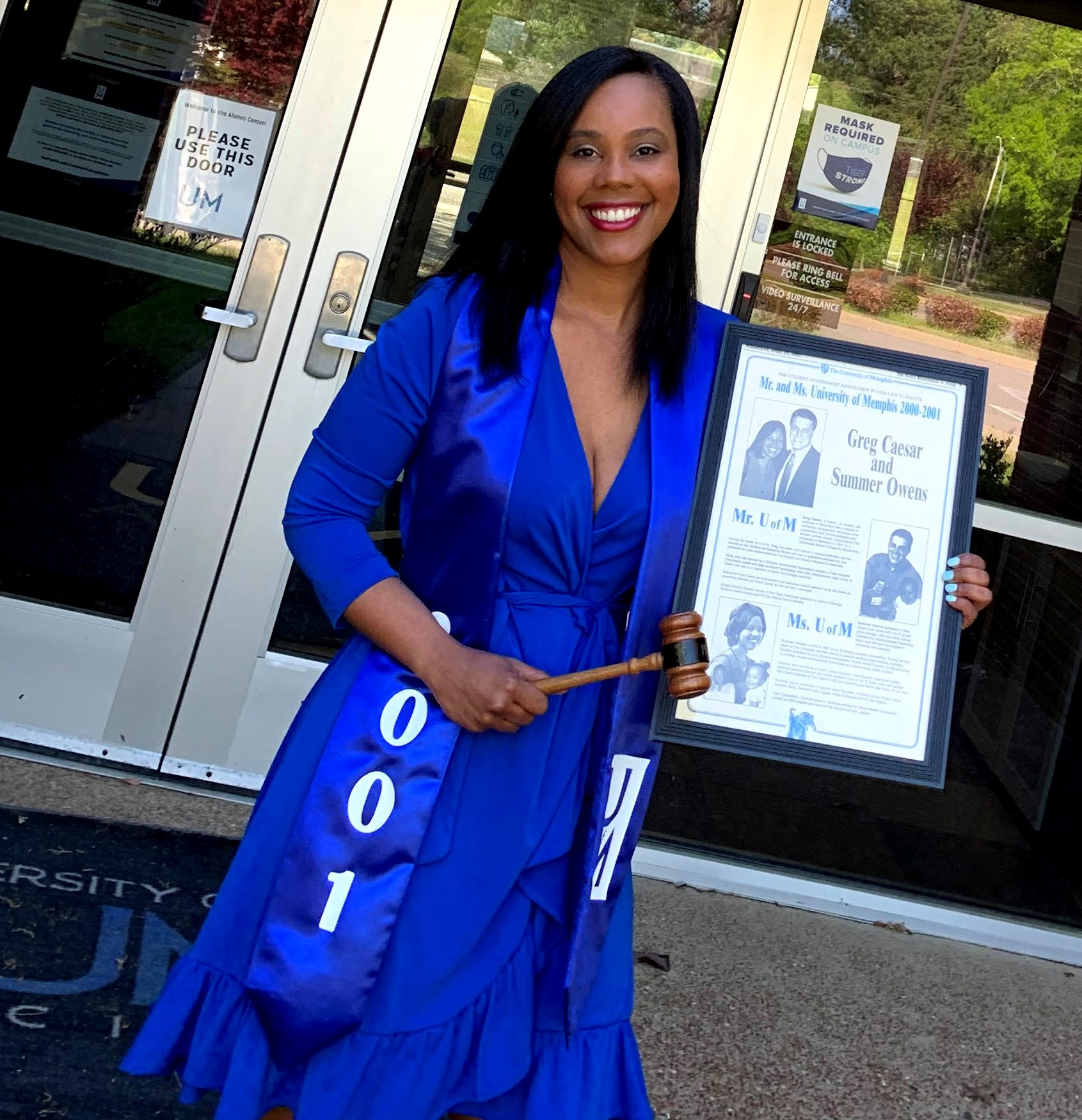 20 years later, me holding the article that appeared in the Daily Helmsman , the UofM newspaper

Tip: Set your priorities based on what you want to achieve. Then plan your time according to those priorities. 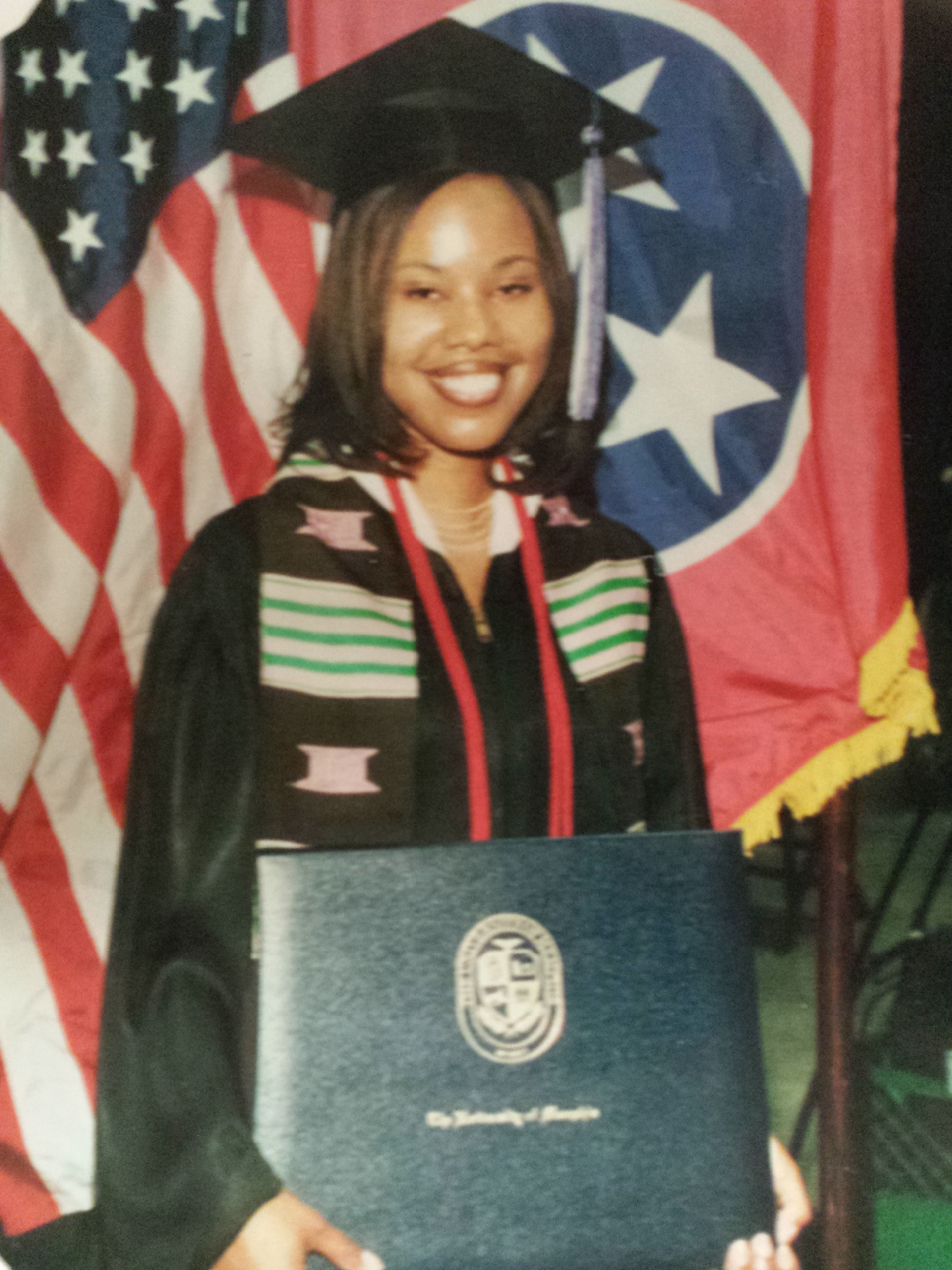 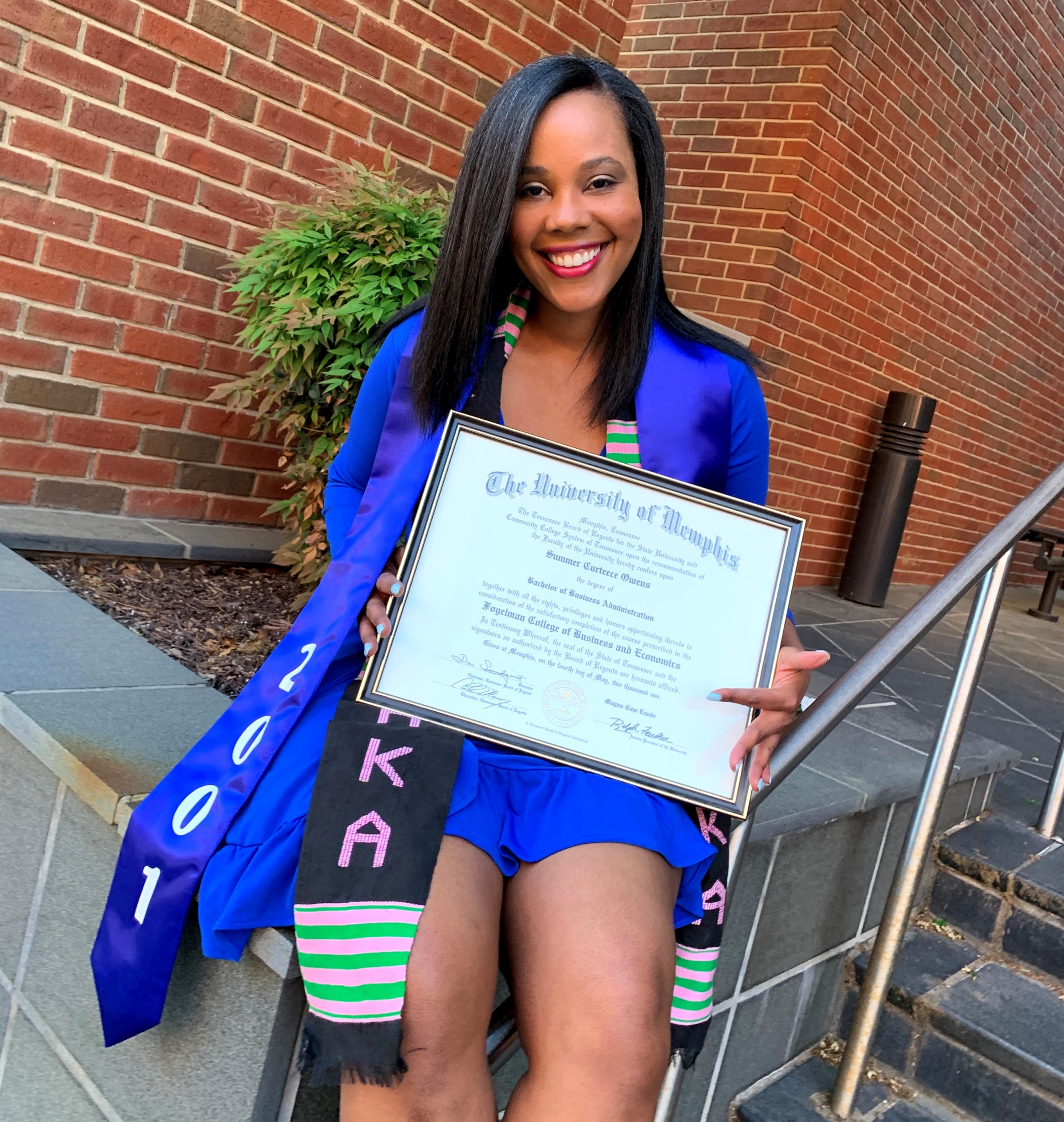 4. I received the Fogelman College of Business and Economics Outstanding Young Alumna Award

In 2012, Fogelman College of Business and Economics Dean Rajiv Grover showed up at my office at FedEx. Someone had nominated for the college’s Outstanding Young Alumna Award, and he was there to tell me that I had been chosen. I almost fainted. Coach Bill Courtney, subject of the 2011 Oscar-winning documentary, Undefeated, served as the keynote speaker at the ceremony where I was honored along with Marvin Ellison, now the CEO of Lowe’s, Outstanding Alumnus Award and Kemmons Wilson Jr., Executive Vice President of the Kemmons Wilson Company, for his life-time patronage to the college.

Tip: Stay connected. Although I had been out of college for over a decade, I stay connected to the university giving back my time and talent and just maintaining meaningful relationships. 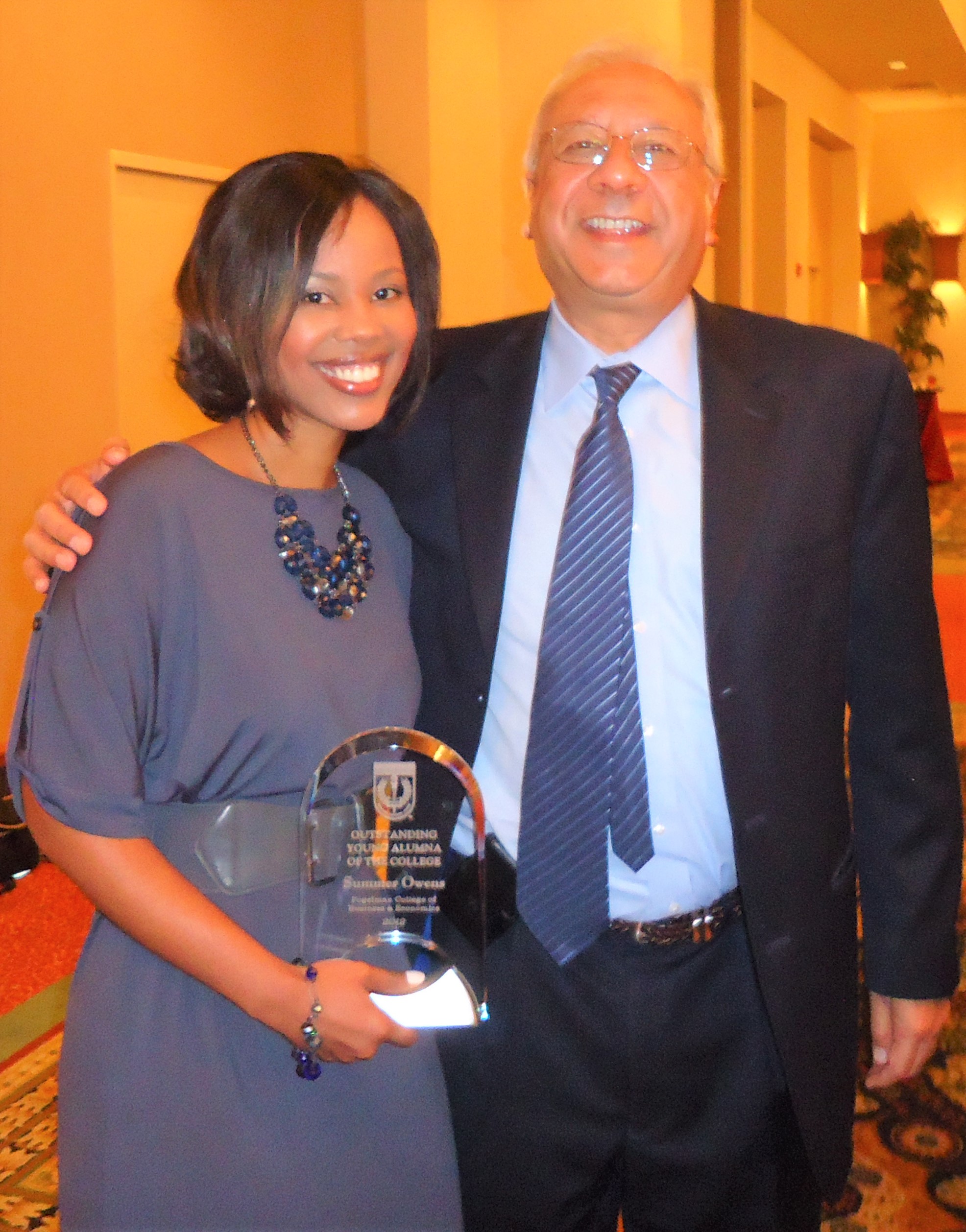 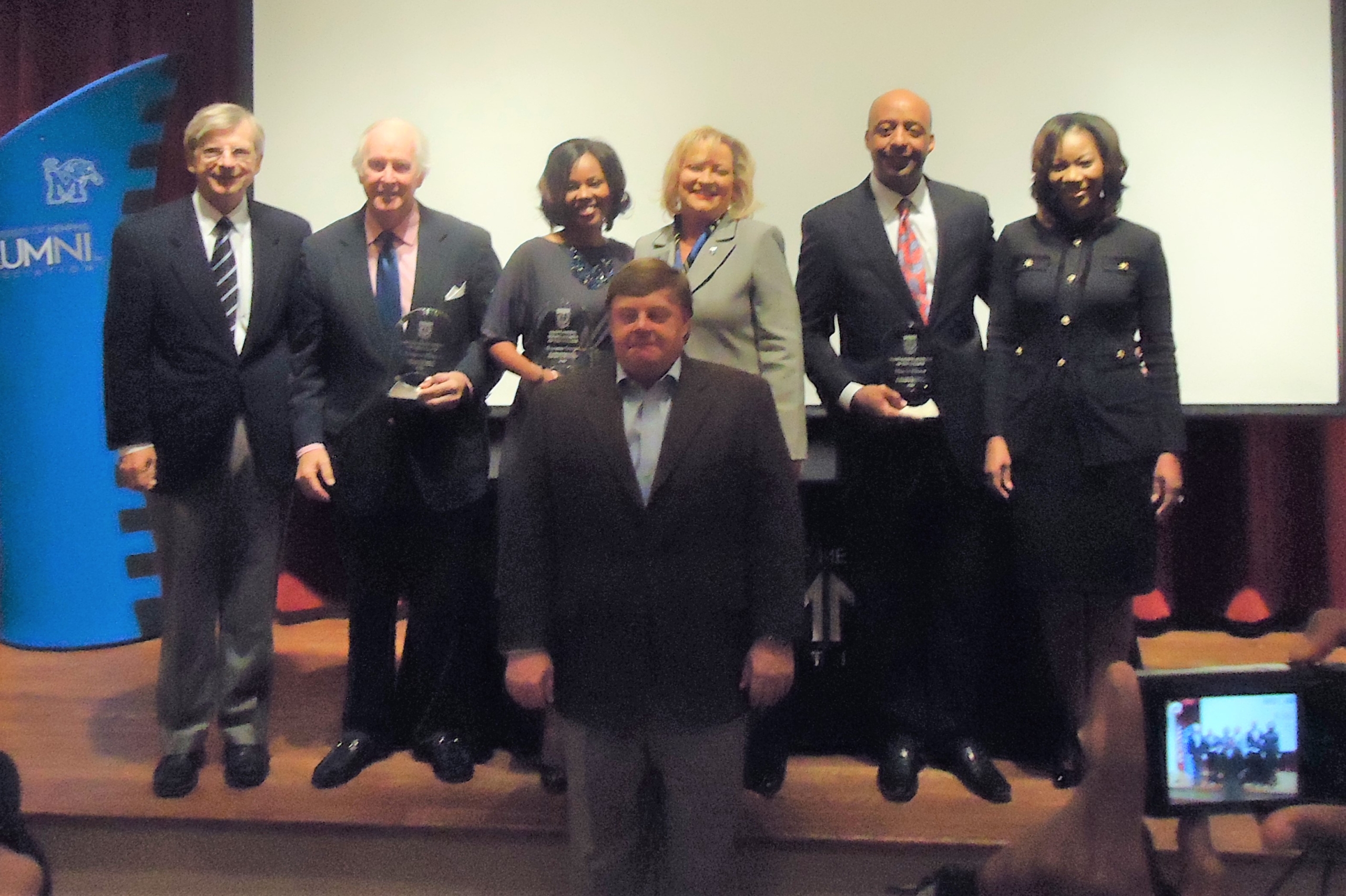 University of Memphis Distinguished Alumni Awards 2012 honorees and others. 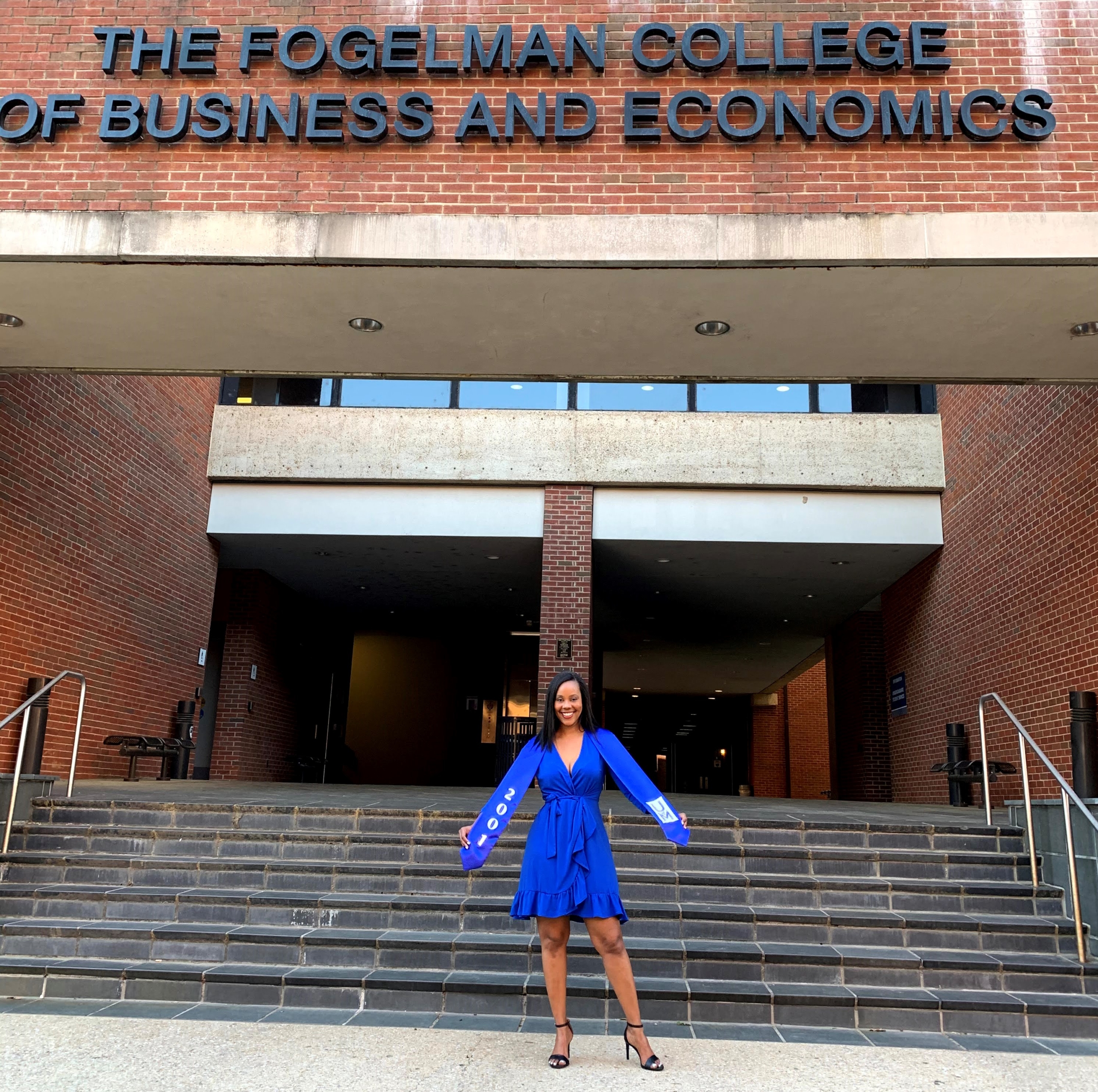 5. I was aksed to create my own course where my memoir was the textbook

After receiving the Fogelman College of Business and Economics Outstanding Young Alumna Award, Dean Rajiv Grover reached out to me. Now that he knew my story he wanted to use it (and me) to help business students succeed beyond the classroom. For the previous three semesters, I had been an adjunct professor teaching Principles of Marketing. Two years and a lot of work and approvals later, my coures, Life Skills: Personal Development and Changement, was born.

Tip: Use your life lessons. Maybe you’ll never be an open book like me, but we all learn lessons in life that we can use to educate and inspire others. 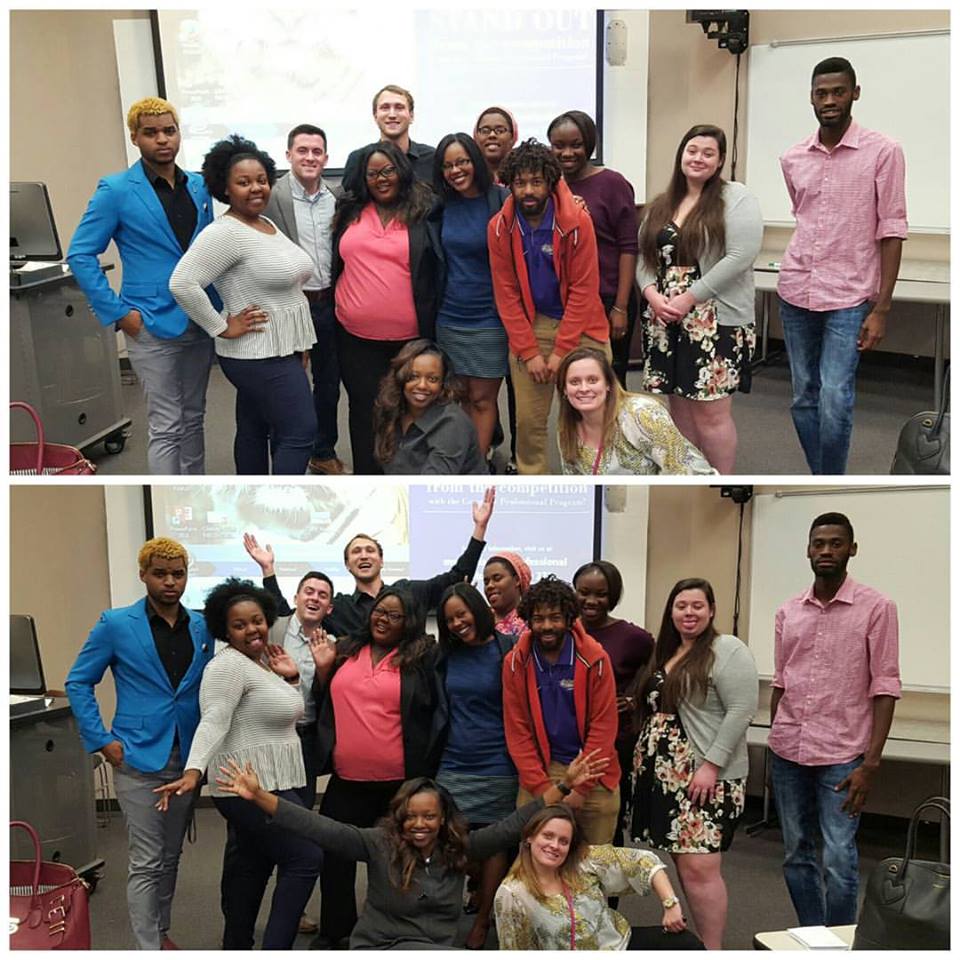 6. I received the Distinguished Alumni Award

In 2013, I almost fainted again when I was notified that I had been selected to receive a Distinguished Alumni Award, the highest honor an alum could receive. In a small ceremony with family and school officials as well as receiving recognition on the court and field (and jumbotrons) at the basketball and football games, I was recognized with Kathy & J.W. Gibson and Congressman Stephen I. Cohen. This video created about my story was shown at each ceremony.

Tip: Expect the unexpected. Never in my wildest dreams would I have ever expected to receive such an incredible honor, but my life had taught me that absolutely anything was possible. 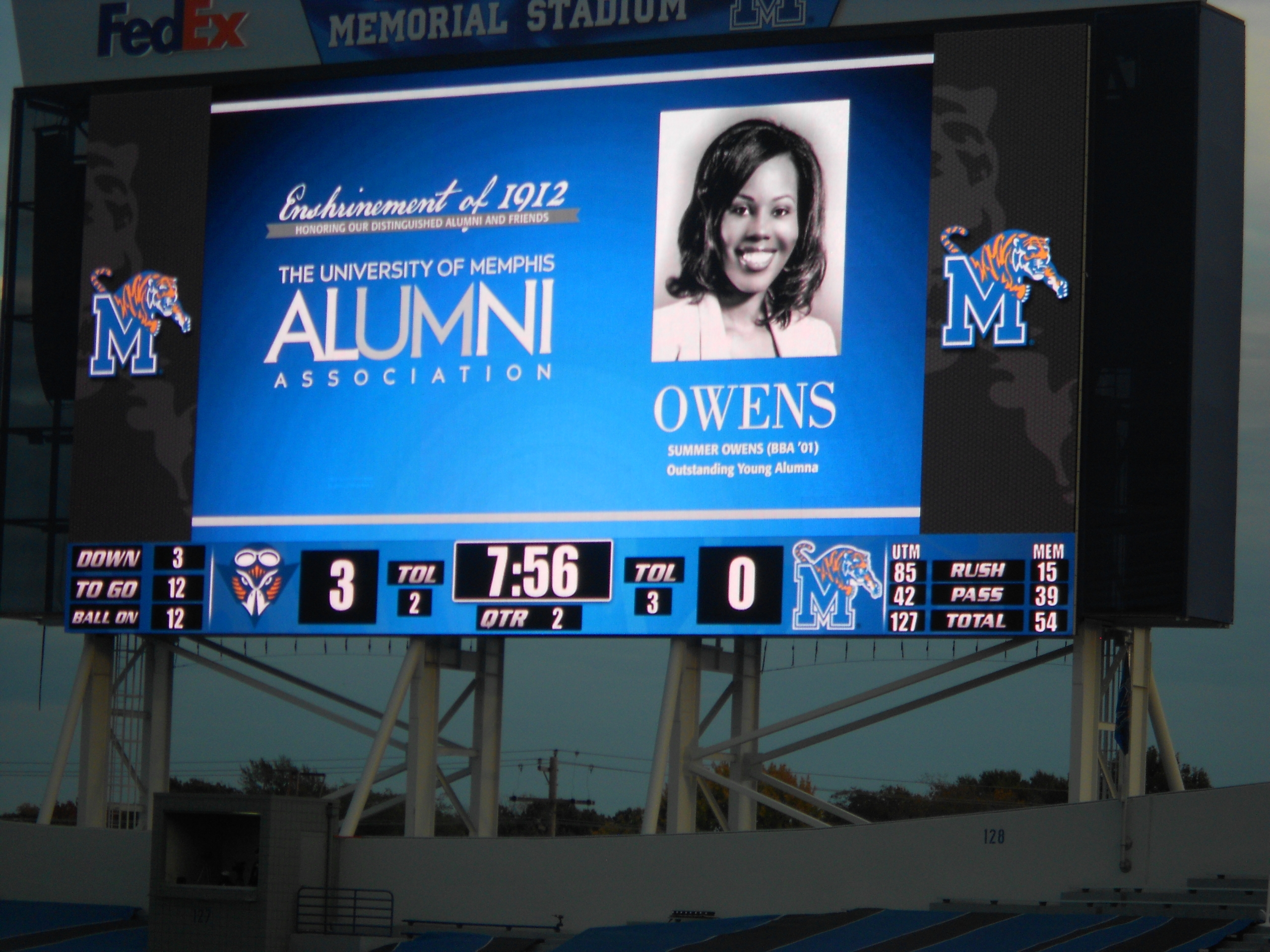 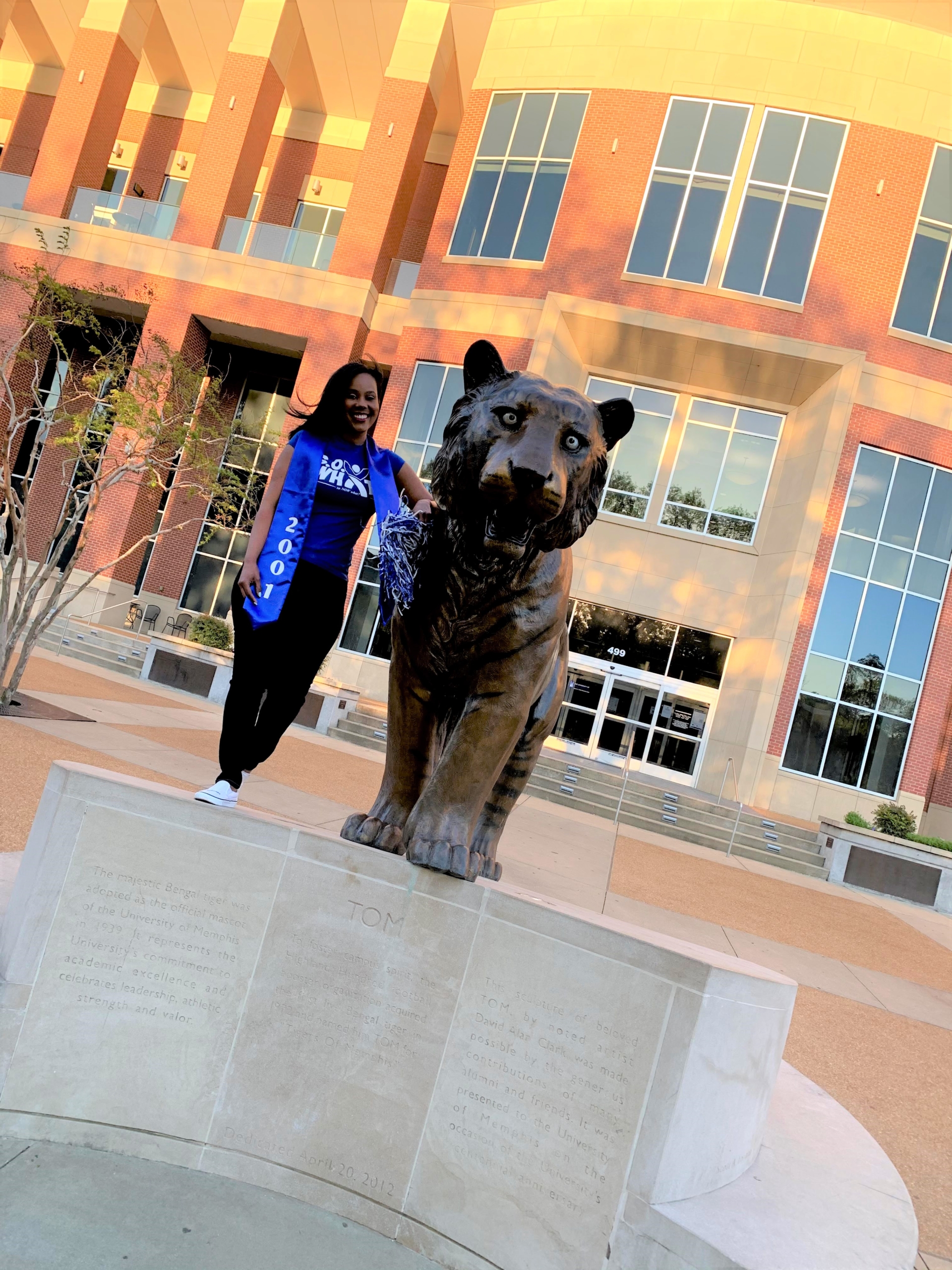 7. I became the Board President of the National Alumni Association

After serving on the board of directors for the UofM National Alumni Association including as the vice president for communications, I was asked to be the president. Honored and humbled, I graciously accepted the role and did my best to help make the association one that alumni wanted to engage with and support. As the second youngest and only third African-American in the history of the university in this position, it felt amazing and I was determined to make a difference. I had many ups and downs in this role, but most importantly, as the leader of a group of amazing leaders and working with university staff, I learned a lot about leadership.

As board president, I was also invited to join the University of Memphis Board of Directors where my former Senior VP at FedEx was the board chair. Another unbelievable honor.

Tip: Say yes to new challenges. As board president, I was following two incredible seasoned leaders- Judge Butch Childers, former Baptist Hospital CEO, Anita Vaughn, and Kim Barnett. I went into the position with uncertainty but quickly saw opportunities for impact and improvement and lots of lessons for me as a leader. 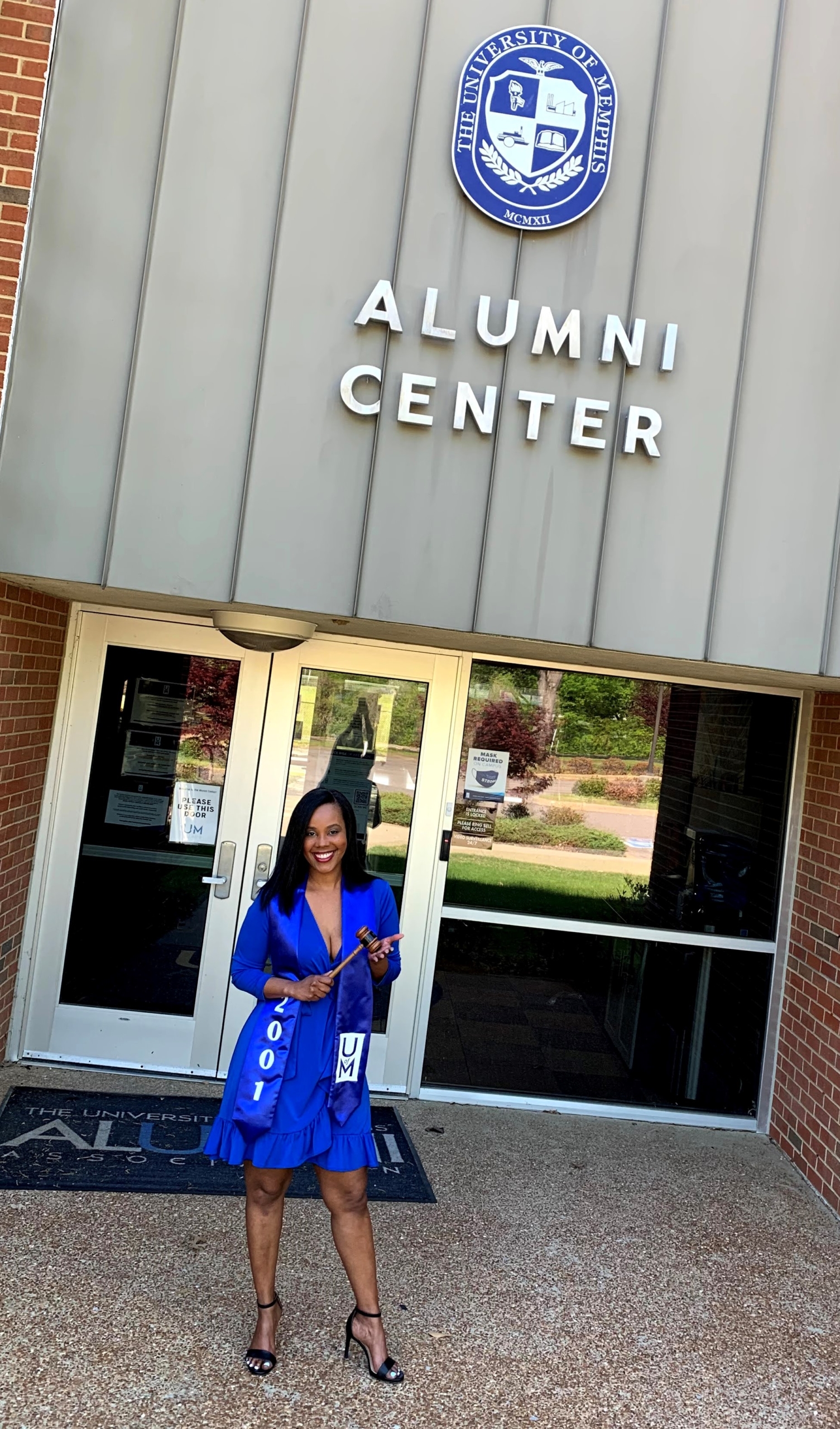 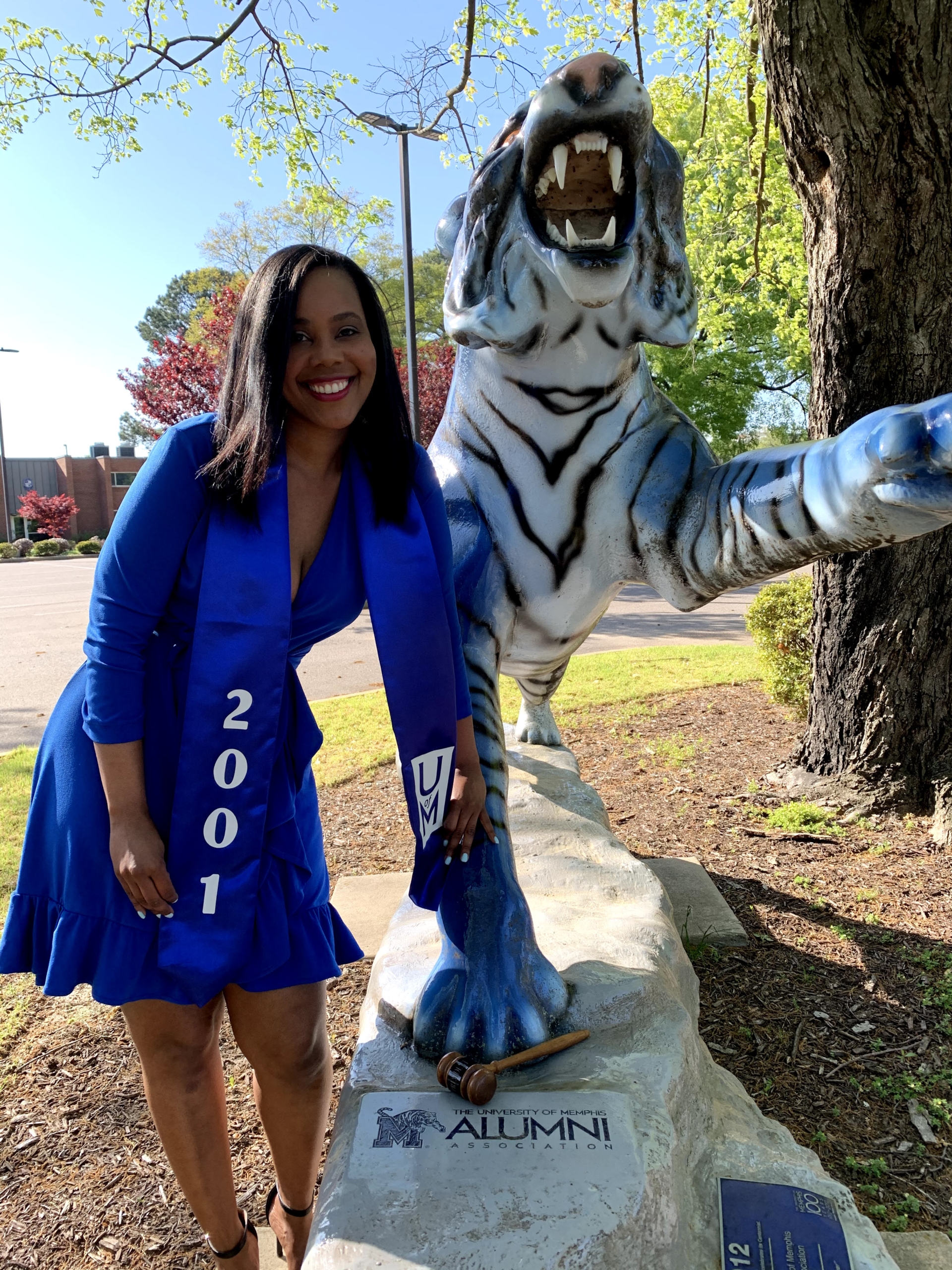 8. I spearheaded an effort creating a $110,000 endowed scholarship in honor of my sorority’s chapter at the University of Memphis

When UofM alumnus Mike Bruns issued a challenge to create more endowed scholarship, I reached out to my chapter soror and Black Alumni Chapter president, Alexia Young, to rally all previous members of the Epsilon Epsilon chapter to create our own endowed scholarship. We broke records and exceeded our own expectations creating the first-ever endowed scholarship on behalf of the chapter- the Exceeding Excellence Endowed Scholarship.

Tip: Find ways to continuously give. By taking advantage of the opportunity to create an endowed scholarship, over 100 alumni members of our chapter will be providing scholarships to students in perpetuity. Identify places to give to the next generation.

9. I made a new history-making friend, Bertha Rogers Looney of the Memphis State Eight

After speaking at an event at Southwest TN Community College where Memphis State Eight’s Bertha Looney taught, I had the pleasure of meeting this remarkable woman who made my journey at the University of Memphis possible. She shocked me when she said she had read my book and admired me. Me? Today, we call and text and even… (see #10).

Tip: Embrace and learn from history and history-makers. 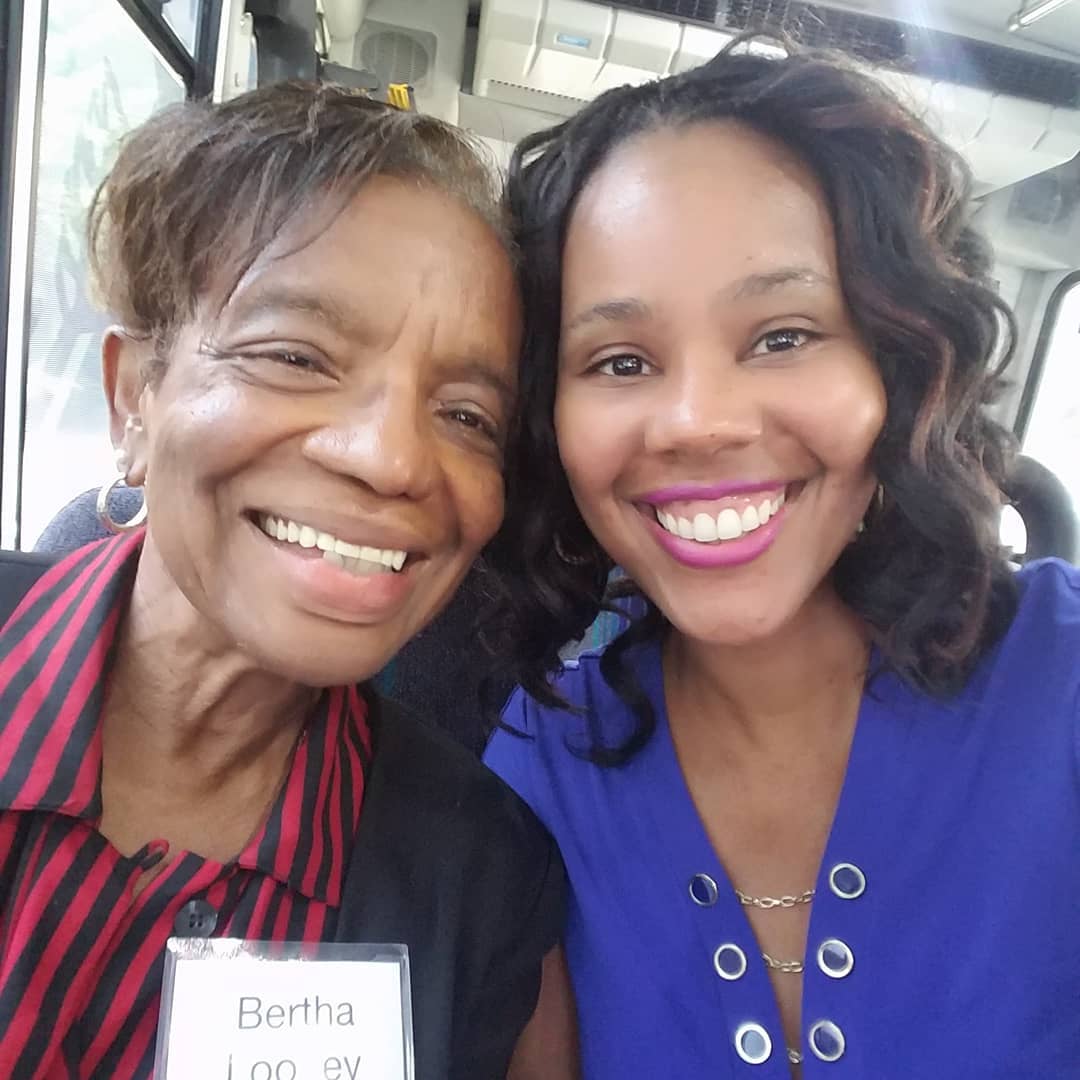 10. I launched the effort to create the Bertha Rogers Looney and Summer Owens S.O. What! Success Scholarship

After working with my sorority sisters to create the Exceeding Excellence Endowed Scholarship, I wanted to do more. Because I had befriended a woman whose bravery and endurace changed history and my experience at the University of Memphis, I thought it would be great to create a scholarship with her! We are currently building funds for the Bertha Rogers Looney and Summer Owens S.O. What! Success Scholarship, and you can help! 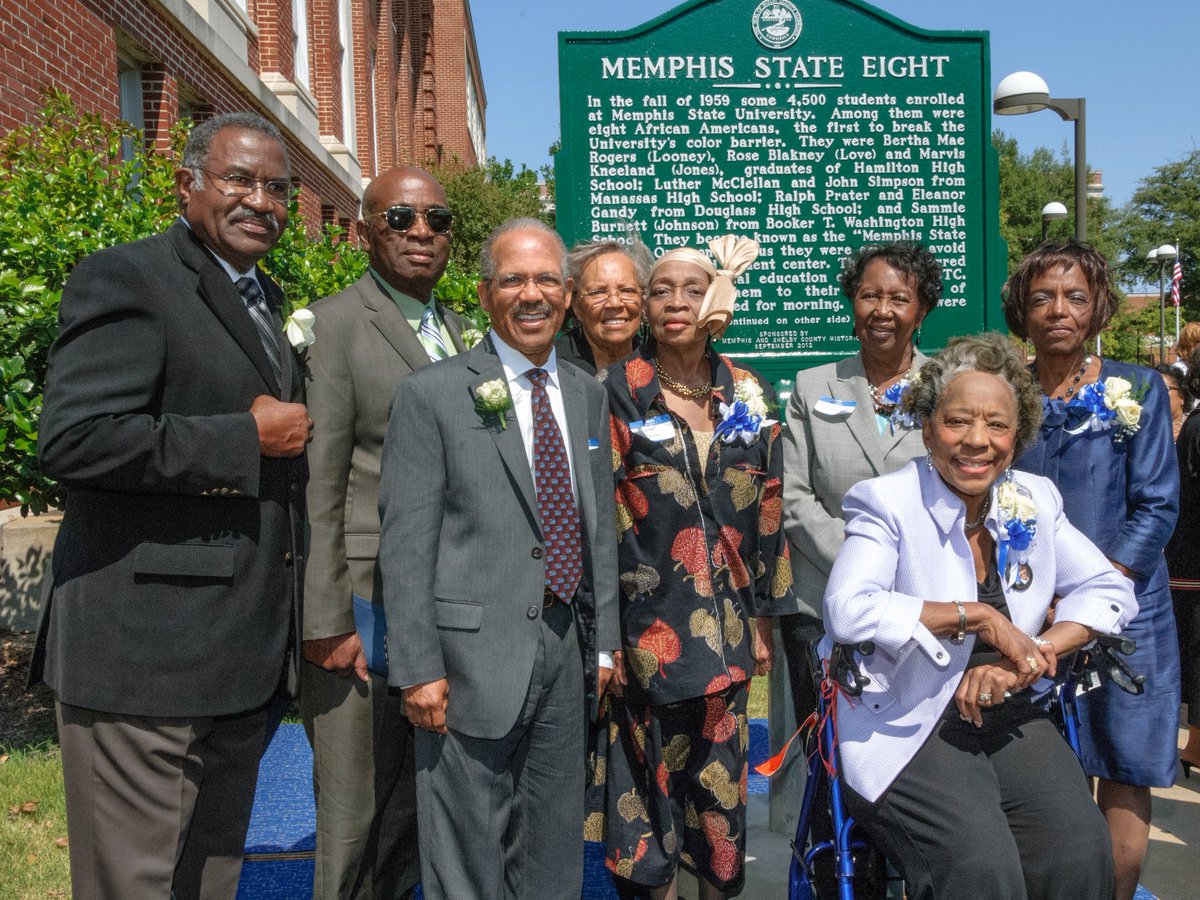 Congratulations to all the graduates in the class of 2021! Shout out to all those celebrating 20 years like me! And kudos to those graduating against the odds!