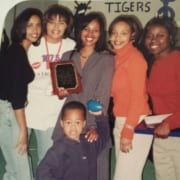 Well, here’s my teen mom homecoming achievement. 20 years I did just that when I was named Ms. University of Memphis 2000-2001.

In 1997 I stepped onto the campus of the University of Memphis as a nervous yet excited freshman. And the mother of a two-year old son. Attending college on the Emerging Leaders scholarship, I immediately joined a few organizations. Over my four years in college I was involved in Frosh Council, New Student Orientation, Student Activities Council, Black Student Association, Student Ambassador Board, Up ’til Dawn St. Jude Philanthropy, Black Scholars Unlimited, and my sorority, Alpha Kappa Alpha Sorority, Inc. 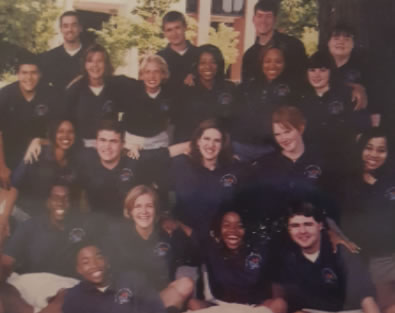 By my senior year, I held leadership roles in several of those organizations. By my side in meetings, events, and even sometimes class, was my son. In 1997 I had no idea of the possibilities ahead of me that I chose to explore, even as a young mom.

I also had no idea there was a such thing as Ms. University of Memphis.

Then one day I saw in the Daily Helmsman, our campus newspaper, that applications were being accepted for the honor. I figured it wouldn’t hurt to try.

I still remember completing the application, hopeful but not expecting anything. To my surprise, I got an interview. As I sat at the end of a long table being interviewed by various student leaders, most I knew, I was honored just to be considered.

When I found out I was one of five finalists and that the winner would be announced at halftime during the homecoming game, I was already a winner. Being a finalist was more than I ever imagined.

I was a black girl. AND a TEEN MOM. Yes, I had already won by making it that far.

Scrapping together a little money, I bought a new way too big gray suit and a nice necklace. I wore them with the black Nine West pumps my boss from my internship at Hilton Hotels Corporation had bought me as a graduation gift.

When halftime of the game came, I hugged my son and left him in the stands with my line (sorority) sisters and I nervously walked onto the field at Liberty Bowl Memorial Stadium for the first time. Hearing my name over the PA system and seeing my face on the big screen as they announced us as finalists felt surreal. And I was confused to see my face on the screen again. Then I heard the words.

Our next Ms. University of Memphis is…Summer Owens!

I walked off the field with a new title along with my friend, Greg Caeser, who had been selected as Mr. University of Memphis. I also walked off feeling that I really could do anything…even things I didn’t know I wanted to do yet. 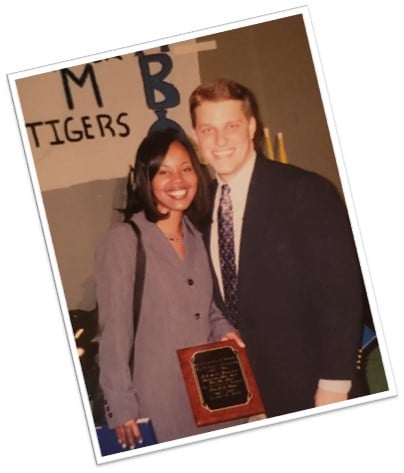 About a decade earlier there had been one black Homecoming Queen who endured racist ridicule (she was the first and the last) before the title was changed to Ms. University of Memphis. Then there was me with this amazing honor.

Who was I to get this huge honor? I mean I was so sure I wasn’t going to win that I told my mom not to go to the trouble of coming to the game. I don’t even remember telling my father about it at all.

But my son, the one who was almost always with me wherever I went since I was 15, was with me.  And so were some of my closest line sisters who had been an important part of my college journey.

I got over feeling like an imposter and let the beauty of the achievement fully sink in as I walked of the field to the embrace of the people who were there for me in this huge moment. 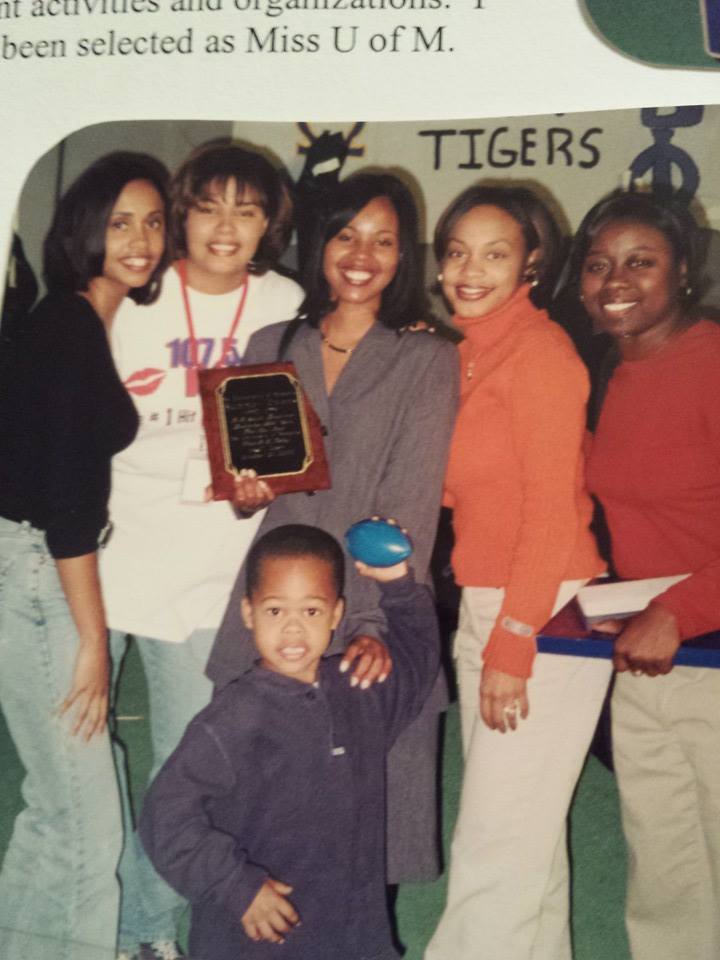 Since that night, I have had the honor of being on the field many times presenting awards to faculty members and alumni as the now President of the National Board of the Alumni Associaion. I even had the opportunity to bring my granddaughter to the sidelines, just like I had done with my son. 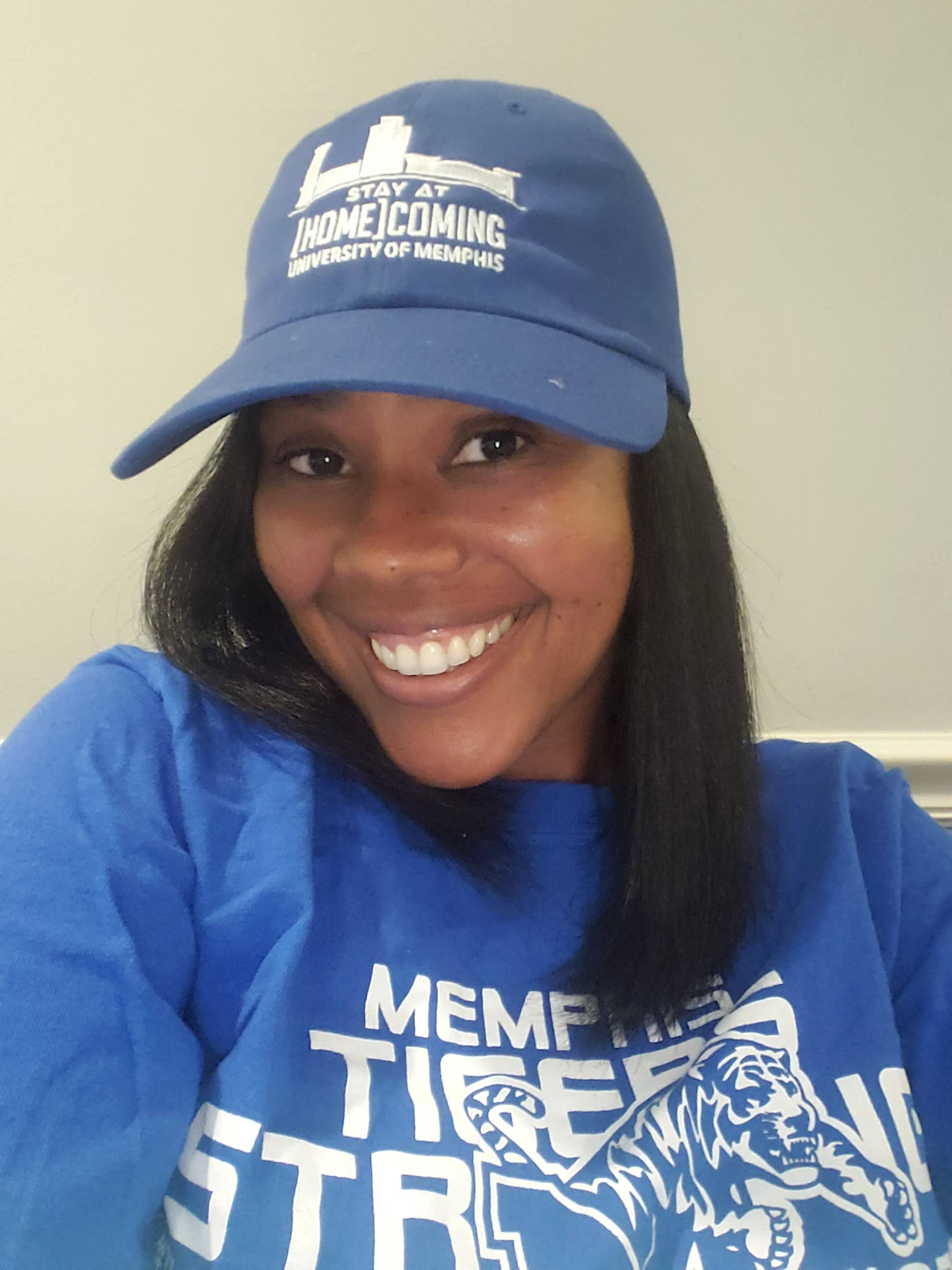 This past Saturday was Homecoming 2020. Like everything else in this unbelievable year, Homecoming was different. Although some fans attended the game it was a [HOME]COMING game, and most fans were home. Including me.

But the day was still special for me. And although no one else may have remembered or recognized, it has been 20 short years since I did what I had no idea I could do. In that 20 years, I have become a woman with all the ups and downs using that moment and others to remind myself…I can do achieve something that I don’t even know is a “thing”. Anything.

What moments in your life have shown you that you can achieve anything too?

I’m Summer Owens, and my passion is helping youth and young adults realize success no matter what obstacles they face. As an international resilience and leadership keynote speaker, author, S.O. What! Success Coach, and creator of the S.O. What! Literacy, Life Skills, and Character Education curriculum, I empower people to say, “So what!” to even their greatest challenges.  provide a framework to help people see past their challenges and focus on solutions using the S.O. What! Success System (Overcome Obstacles + Eliminate Excuses + Calculate Choices = S.O. What! Success). Through keynotes, workshops, books, online courses, and workbooks, I use life’s challenges and my own story of resilience as a rape survivor and teen mom success story to help others confidently pursue their dreams.

Looking for an inspiring college motivational speaker? A high school literacy curriculum? A middle school life skills workbook? A great example for teen mothers? A women’s empowerment or single mother’s conference speaker?  I’m your girl and will help any audience say, “S.O. What!”.

Five Lessons Your Teenager Will Learn From a High School Life Skills Curric...