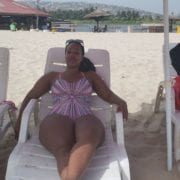 The 9th day in Ghana was a super chill day. Our awesome driver, Bizmark, met us at the Airbnb to pick us up. This time he had a guest. He explained that his family was gone to church (it was Sunday), and he had his son, Kobe, with him. Because it had been a bit of a drive and we would be spending the day at the beach, Bizmark and Kobe would be hanging out with us at the beach. I was excited for them both because I knew this was an experience they did not regularly, if ever, had.

After parking, we had to take a short and sweet boat ride to the beach, Bojo Beach. 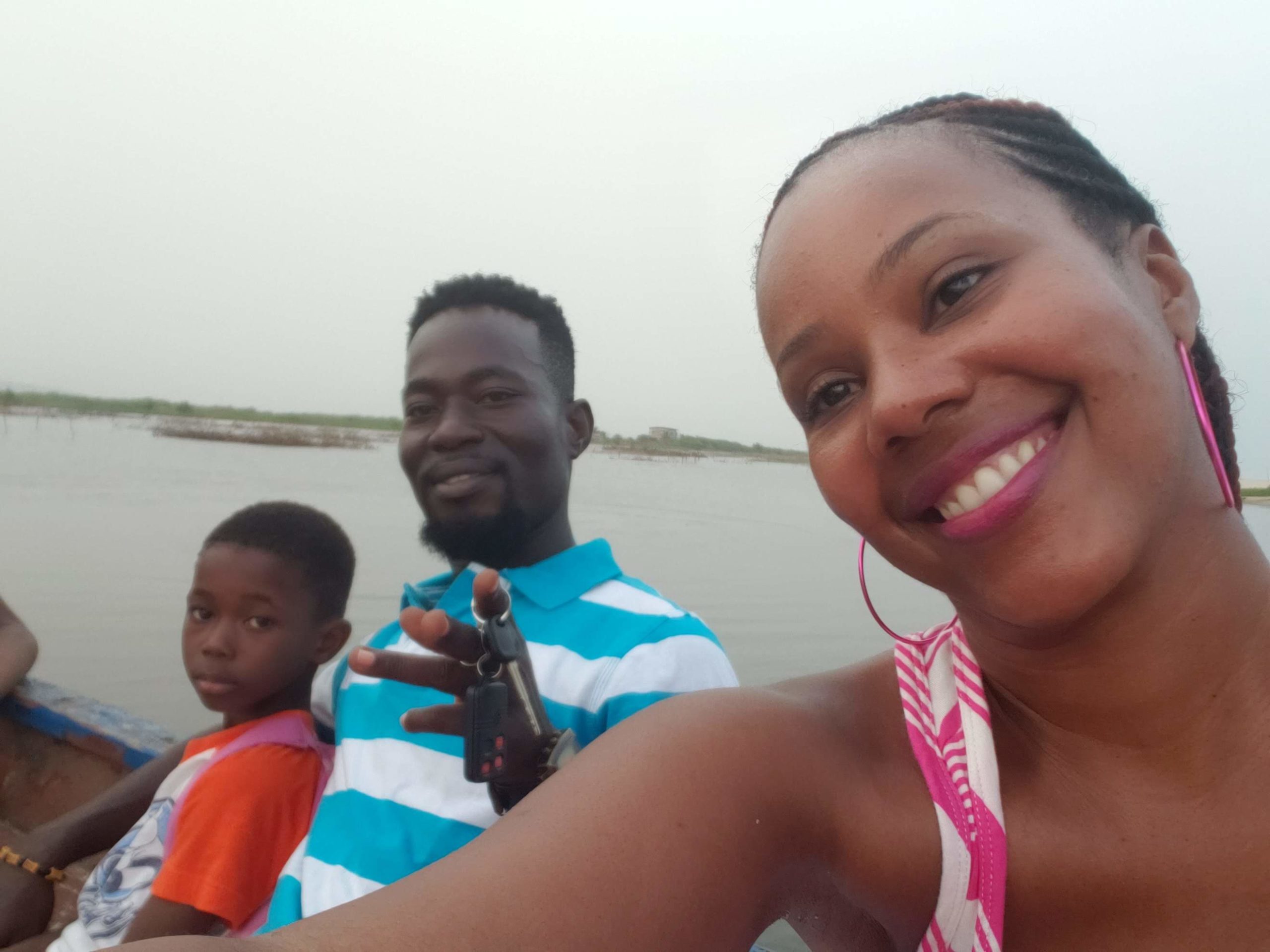 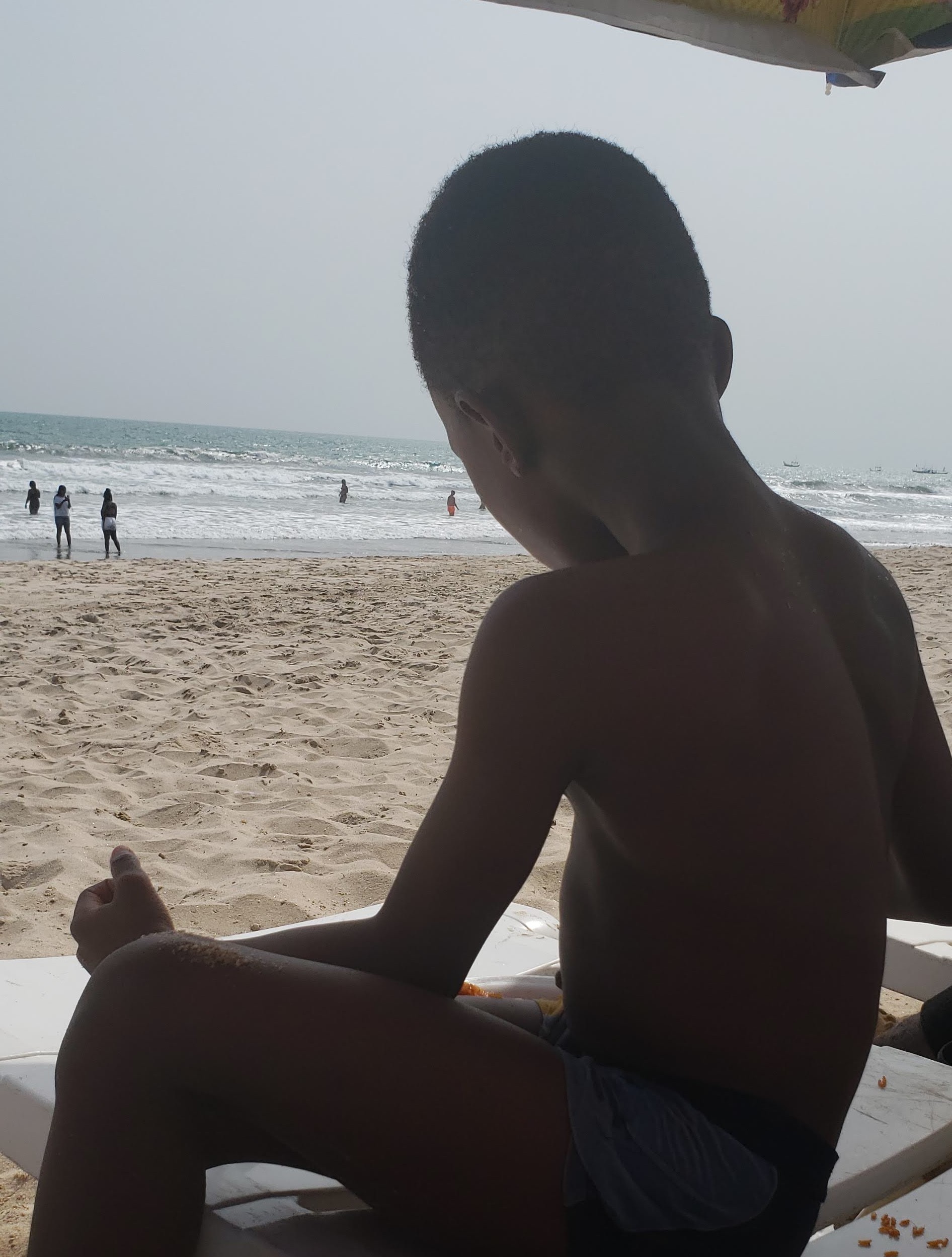 We relaxed a bit. Just like on any other beautiful beach, we slept, listened to music, drank, ate, and enjoyed the water and the view. More chicken, plantains, and Jollof rice were on the menu. I opted for calamari, and it was the best calamari I have ever had.

We later walked down the beach where we saw two teams of men pulling a net. It was fascinating watching them catch what we had probably just eaten.

As we continued to walk, we found what appeared to be an abandoned boat that made for some fun pictures.

But then it was time to leave because we had dinner plans with the Fosus. So we headed in, but not before a few more pictures. 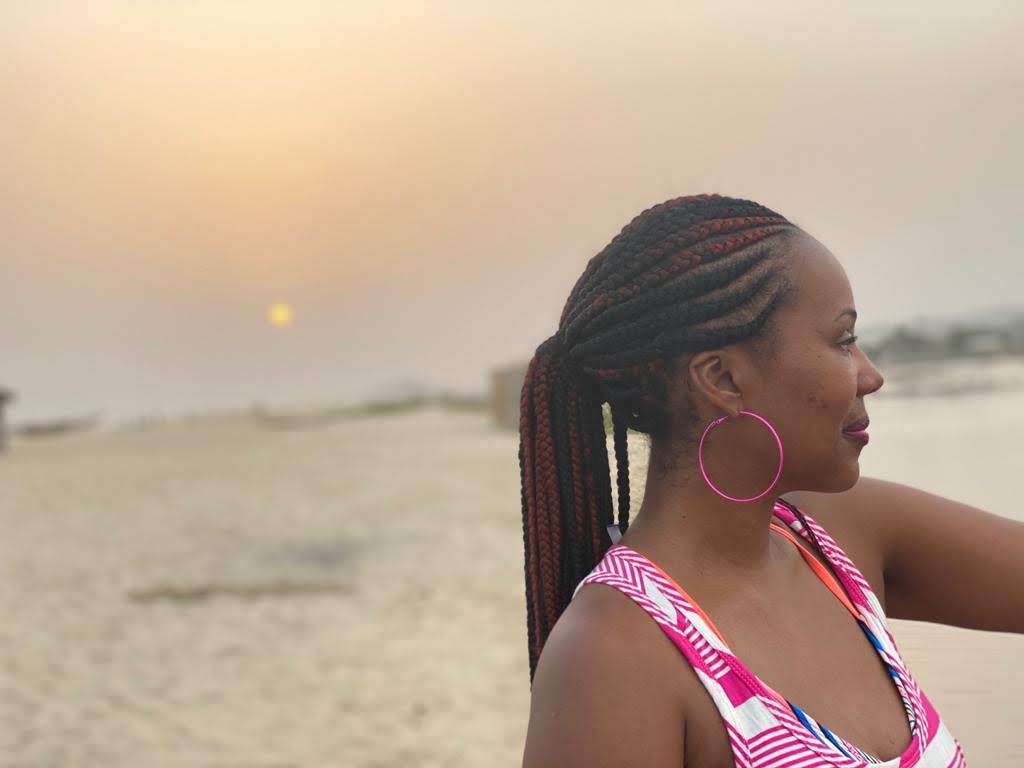 When we got ready to get on the boat to head back, Justin, a former Mr. Morgan University, was recognized by some fellow classmates who were visiting Ghana too! Such a small world! 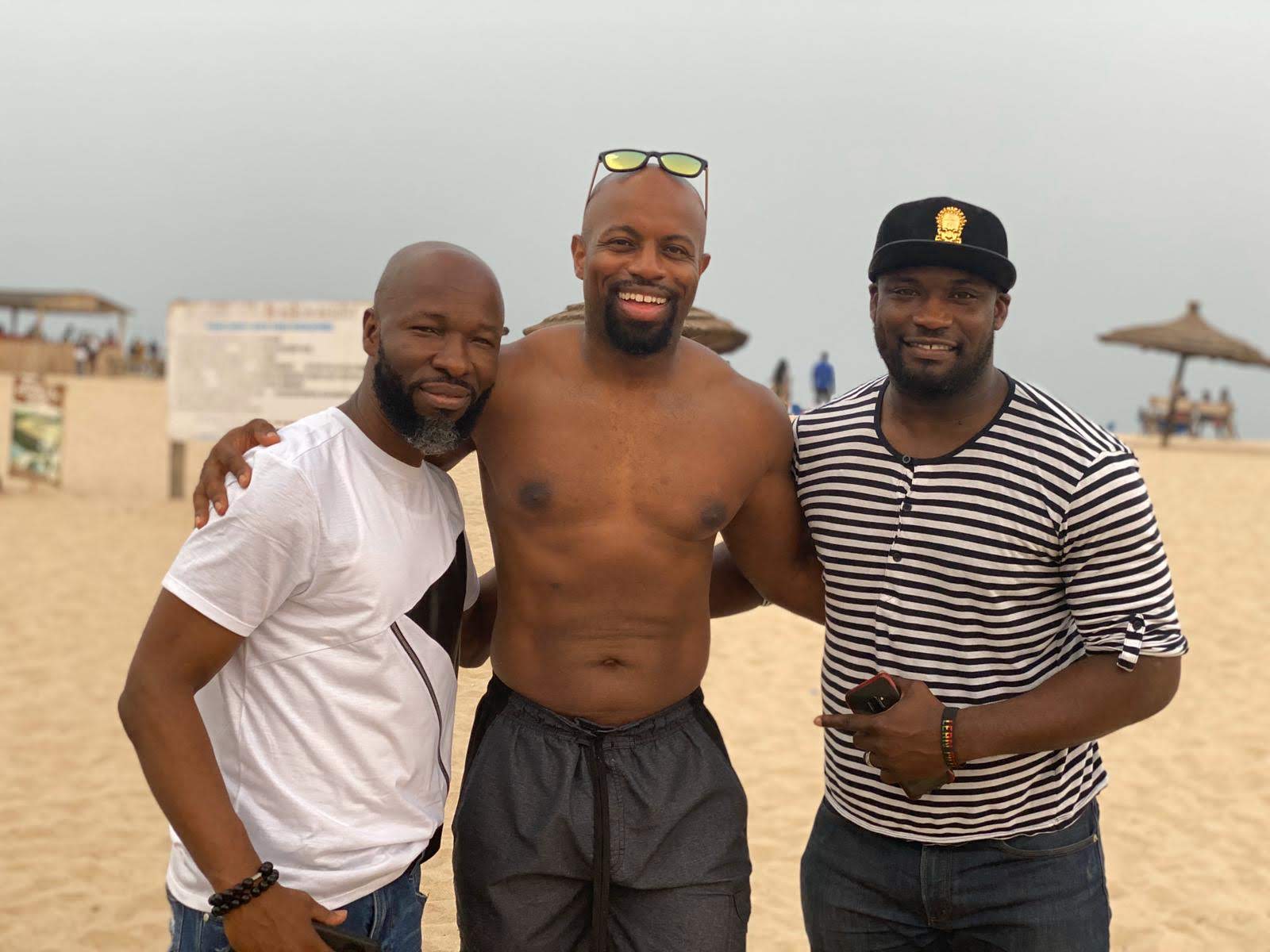 We made our way back to the Airbnb to shower and head to the Fosu’s home for dinner. I chose to wear the beautiful dress I bought the day before at the Art Center. 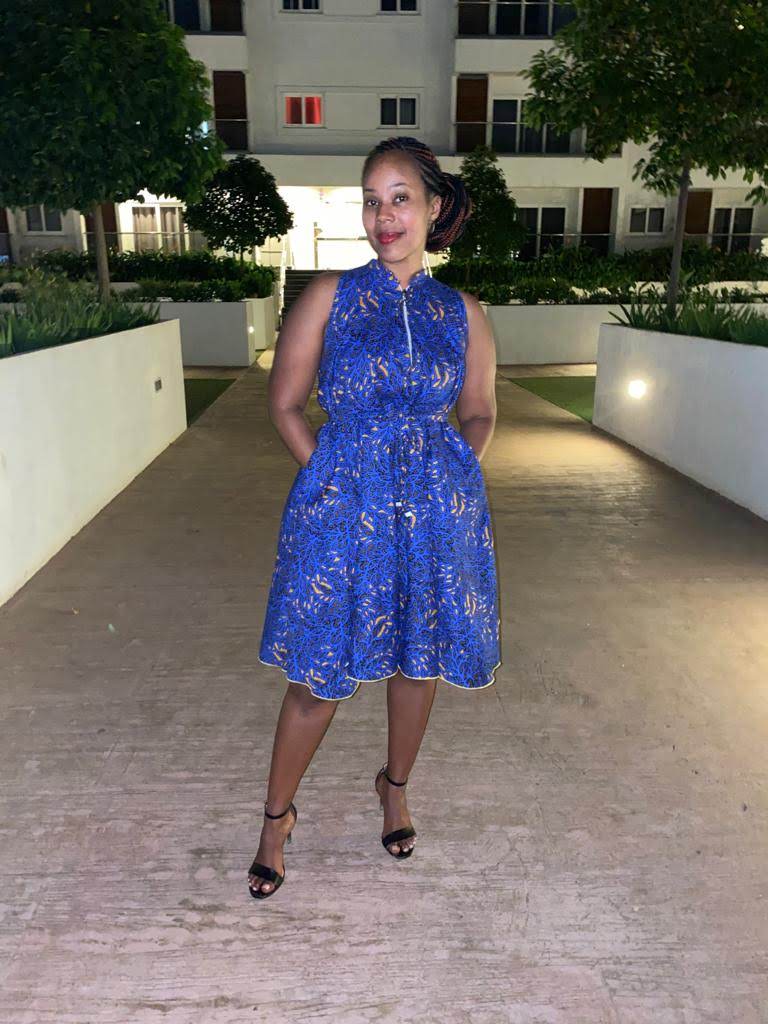 At dinner, I completely forgot to take pictures. I was wrapped up in the conversation with Justin’s father and stepmother that pictures didn’t even cross my mind. Dr. Fosu shared stories about his life growing up poor in the village and walking miles to school- barefoot. He shared how he got his education and moved to the United States and now has lived in several other countries and also now how a Phd. His wife, Mama Helen, who had been so helpful to us the entire trip, participated in the conversation about the sweet story of how they met because of a phone call in the United States where she recognized that he was Ghanaian.

It was a fun and enlightening dinner, and then there was more fun to have.

When we left, we headed back to Fatfish, below Skybar, for more cocktails and conversations in the beautifully eclectic space with great American, R&B music and unique drinks. 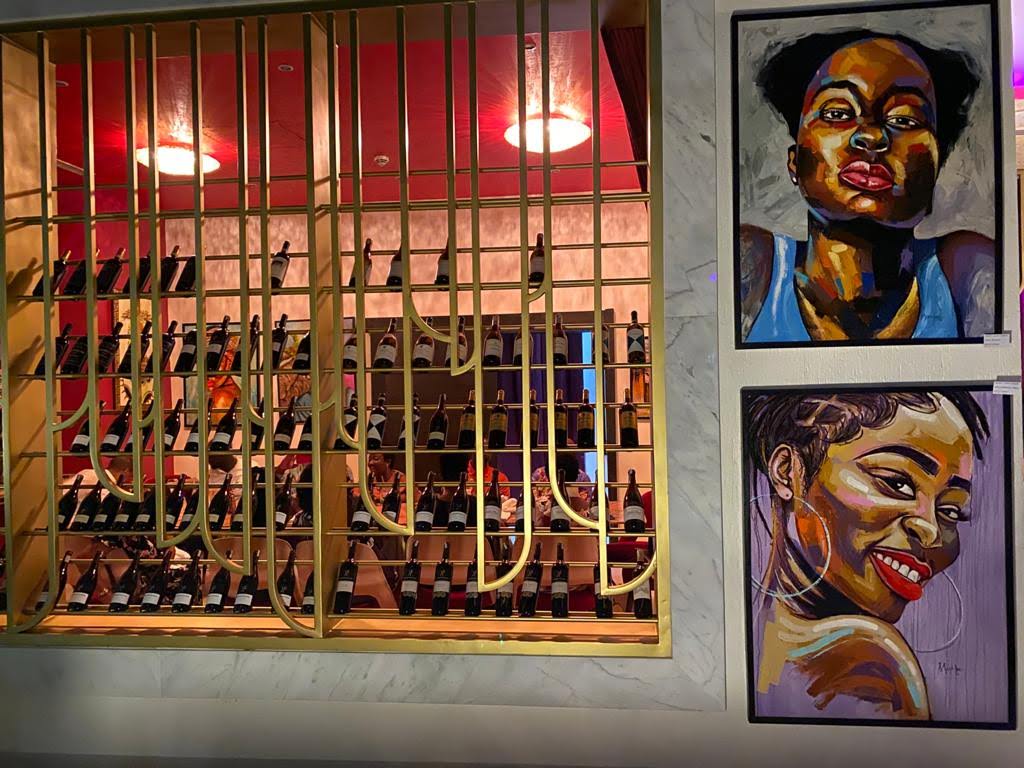 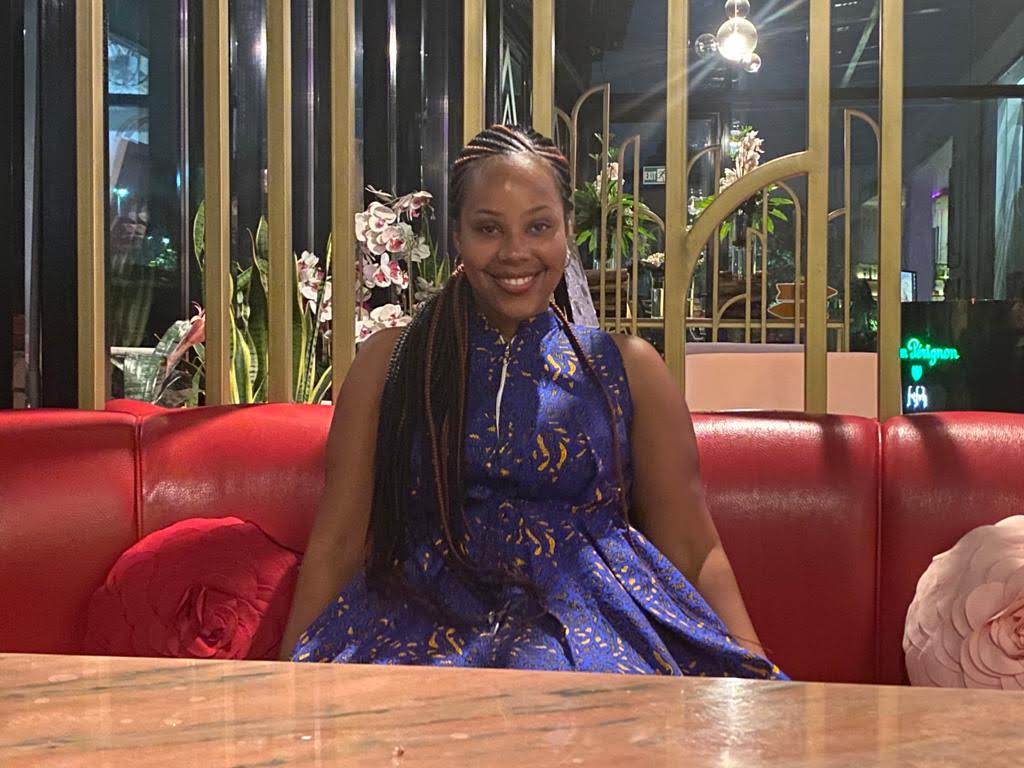 Another beautiful day in Ghana was in the books. I was tired, excited, and sad all at the same time because if was almost time to go.

My Journey to the Motherland- Accra, Ghana Day 10

My Journey to the Motherland- Accra, Ghana Day 8

My Journey to the Motherland- Accra, Ghana Day 10
Scroll to top